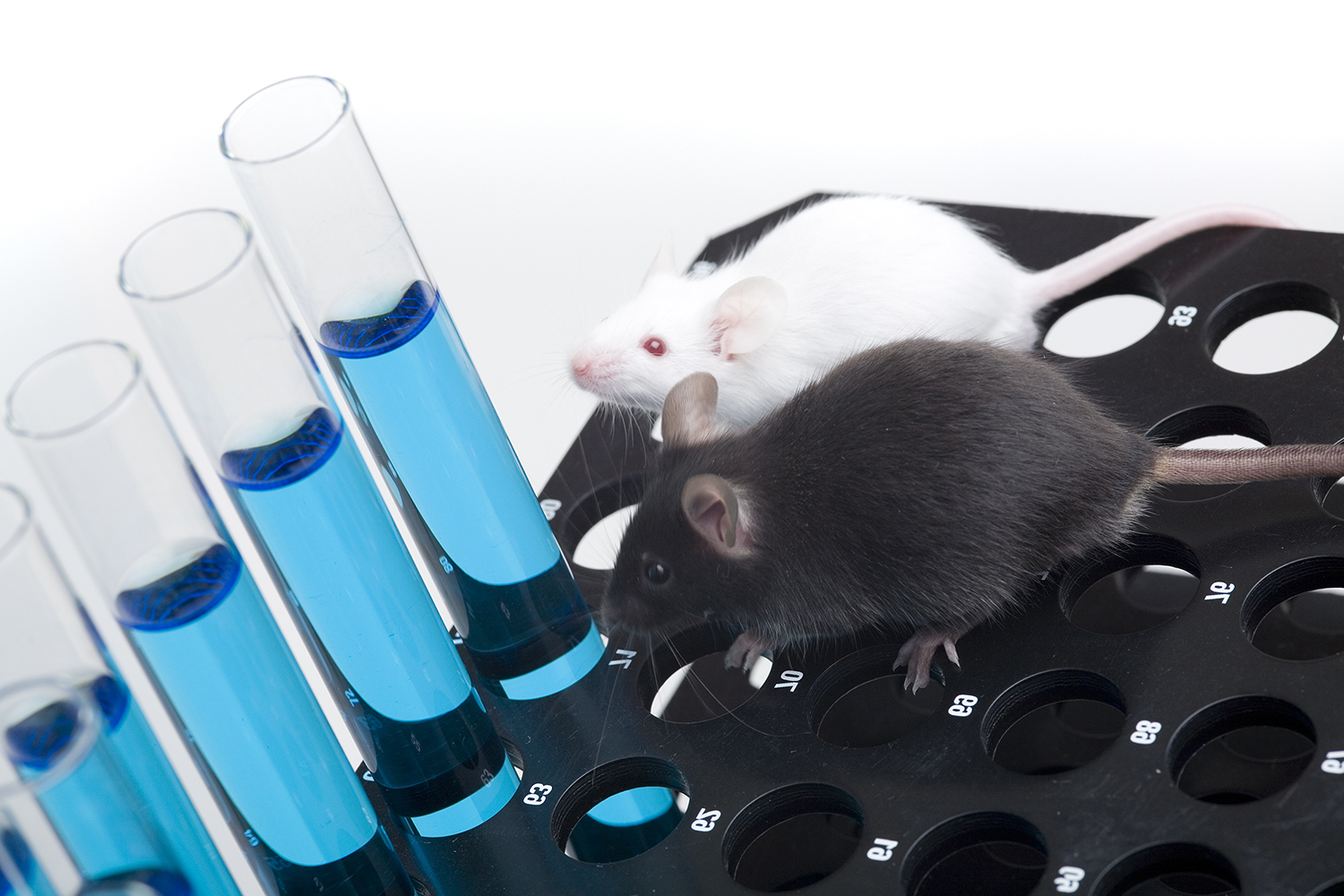 Animal testing was the mainstay when it came to creating products that were safe for humans, primarily because there simply were no alternatives. Fortunately, researchers have developed many new non-animal tests that benefit both humans and animals.
About Alternatives to Animal Testing
Alternatives to animal testing are those methods that “replace, reduce or refine” the use of animals in research and testing. People sometimes refer to this as the “Three Rs” of testing. This concept of using non-animal tests is not new – William Russell and Rex Burch first described the approach in their 1959 book, The Principles of Humane Experimental Technique.
Specifically, these alternative test methods:
• Replace animals with computer or other non-animal systems, or replace a highly developed animal species with another less-developed one, such as replacing a mouse with a worm
• Reduce the number of animals used
• Refine techniques to decrease or eliminate pain or distress in animals or to improve the animal’s well-being

Animal-free testing may be more accurate
The results of animal testing may not always apply to human health. Research on mice, rats, guinea pigs, hamsters, and monkeys did not reveal a link between glass fibers and cancer, according to the New England Anti-Vivisection Society, so the Occupational Safety and Health Administration (OSHA) labeled glass fibers as carcinogenic only after human studies established the link.
Non-animal testing may be more accurate than tests done on animals
Researchers discovered that one test using human skin cells grown in a lab (in vitro) was more accurate than traditional animal tests when it came to identifying chemicals that irritate the skin. In studies comparing the two testing approaches, the in vitro test correctly detected all of the chemical skin irritants while tests on rabbits failed 40 percent of the time.
Alternative testing saves the lives of animals
For example, the “Lethal Dose 50” (LD50) test is a testing approach in which animals ingest toxic substances until half of the animals in the study die, and the other half are killed later. Swedish researcher Dr. Bjӧrn Ekwall developed a replacement for LD50. This replacement test, which uses donated human tissues, saves animal lives. It is more also accurate – the test can measure toxicity accurately up to 85 percent of the time, compared with only 60 to 65 percent accuracy with LD50. Furthermore, the test can target effects on specific human organs and reveal certain features of toxicity, while animal testing cannot.
Alternative testing may be faster
Many alternative tests, such as those using synthetic skin rather than live animals, can provide information in as little as a few minutes to a few hours, compared with animal testing that often takes weeks or even months. Fast testing times means researchers can test five or six products with alternative testing in the time it takes to study a single product with animal testing.
Non-animal tests may be cost-effective
Faster testing times helps bring products to market quicker, so manufacturers can see a return on their investment sooner. Animal-free testing also reduces costs by reducing the need for animal purchasing, housing, feed and care.
Alternatives to animal testing are more environmentally friendly
This is especially true in toxicity testing, where researchers breed, test and then dispose of millions of test animals, which are classified as hazardous or pathogenic waste. Alternatives to animal testing are less harmful to the environment and they create less waste.
Alternatives save animals by creating other safe and effective approaches to testing, thereby reducing or eliminating the need to test products on animals. Using alternatives to animal testing does not put humans at risk, nor does it halt the progress of medicine. Instead, using these alternatives improves the quality of society as a whole.