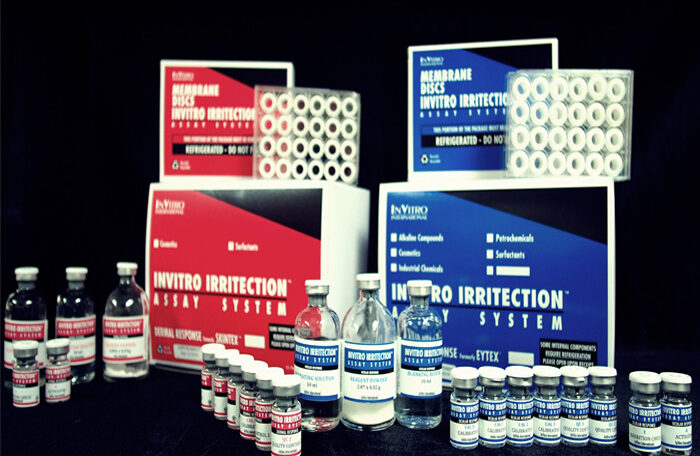 What is the Irritection® Assay System?

Why Use the Irritection® Assay System?

How the Test Works

The corneal irritancy of test materials is known to be related to their propensity to promote denaturation and disruption of corneal proteins. The Ocular Irritection® Assay System is an in vitro test method that mimics these biochemical phenomena. This test consists of two essential components:

Controlled mixing of the test material and the reagent solution during the assay incubation period promotes protein denaturation and disaggregation of the macromolecular matrix. The changes in protein structure that are induced by the test material may be readily quantitated by measuring the resulting changes in turbidity (OD405) of the reagent solution.
Comparison of these optical density measurements to those produced by standard chemical irritants permits calculation of an “irritancy score” that has been shown to be directly related to potential human corneal irritancy of the test material. 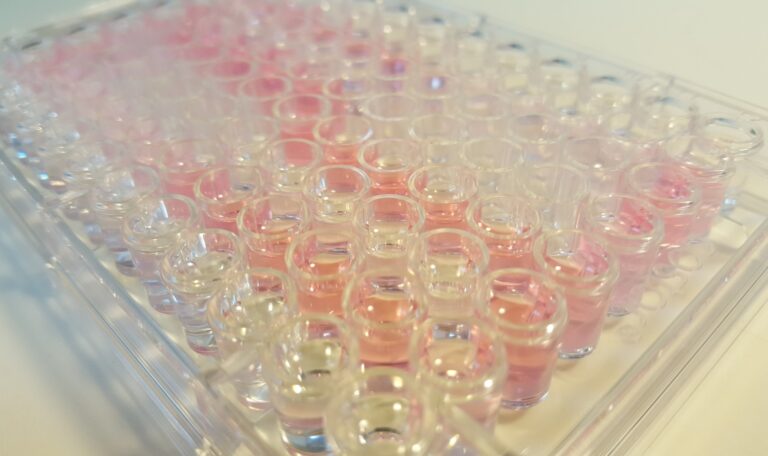 Chemicals that cause dermal irritation are known to induce alterations in the structure of keratin, collagen and other dermal proteins. The Dermal Irritection® Assay System is an in vitro test that mimics these biochemical phenomena.
This test also consists of two components:

Application of an irritant chemical to the membrane disc disrupts the ordered structure of keratin and collagen and results in release of the bound indicator dye. Additionally, dermal irritants induce changes in conformation in the globular proteins found in the reagent solution. The extent of dye release and protein denaturation may be quantitated by measuring the changes in optical density of the reagent solution at 450 nm (OD450).
Comparison of these optical density measurements to those produced by standard chemical irritants permits calculation of an “irritancy score” that has been shown to be directly related to the potential dermal irritancy of the test material. These results are accurate, reliable and produced faster at a fraction of the cost for in vivo assays.